Each year on February 14th, many people exchange cards, flowers or gifts with their special “valentine.”

What is Valentine? It is a day to celebrate love and friendship.
Why is called Valentine? It comes from a Christian martyr from the 5th century and Roman Traditions.
Who is St. Valentine? The Catholic Church recognizes at least three different saints named Valentine, all of whom were martyred.
One legend states that Valentine was a priest or even a Bishop who served during the third century in Rome during Emperor Claudius.
When the Emperor decreed that single men made better soldiers than those with wives and families, he banned marriage for young men. Valentine realized the injustice of the decree and continued to perform marriages for young lovers in secret.

When Valentine’s actions were discovered, Claudius ordered that he be put to death. When he was arrested and placed in the custody of a judge who had a blind daughter, Valentine cured her blindness. The judge and his family became Christians.

Other stories suggest that Valentine may have been killed for attempting to help Christians escape from Roman prisons. Before his death, it is alleged that he wrote a letter signed “From your Valentine,” an expression that is still in use today.

Although the truth behind the Valentine legends is dim, we dedicate this day to celebrate love. 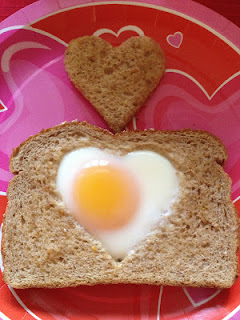 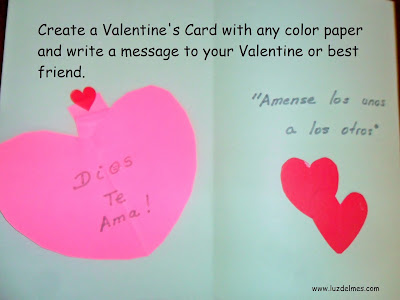 From your Valentine,
The author
http://luzdelmes.blogspot.com/2016/02/valentines-day-celebrate-traditions.html

4. Place-mat Instructions
💗 Trace hearts with color pencil on a heavy paper stock
💗 Color the inside with different color crayons.
💗 If possible, laminated the paper & Round corners for safety 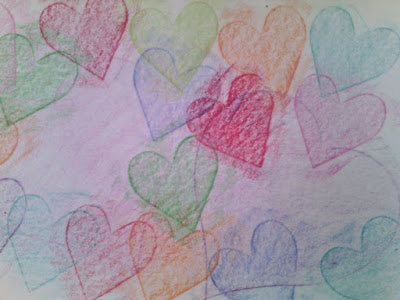